Note: This glossary is from the book Traditional French Jewellery by Mike Fieggen, from Osprey Paris and was copyrighted in 2021. No copying without express permission.

Alloy (alliage):                         Mixture of several metals to improve the qualities, attributes or cost price of a piece of jewellery. 18k gold is an alloy of 75% gold with the addition of silver and copper in varying proportions for yellow or pink gold and with palladium, platinum, iron or nickel for white gold.

Assay office (bureau de garantie):     Official authority that tests and then hallmarks jewellery with a mark guaranteeing its fineness. In the past, precious metals were very expensive, and fraud was tempting, while in the days before VAT and income tax, duties collected by the state for hallmarking were a useful source of government revenue. The assay office thus performed a double role of ensuring the quality of precious metals object and taxing their production..

Bail or bale (bélière):               Suspension loop used to suspend a pendant, a cross or a medal. One can then pass a chain or ribbon through the bail to suspend the jewel around the neck.

Bangle (bracelet jonc):            A bracelet of which the diameter is uniform. It is called an “opening bangle” when it is oval in shape and opens on a hinge for example.

Blowtorch (chalumeau):          In the past, the act of passing a fine jet of air through the flame of an oil lamp would produce an intense flame capable of melting and welding metals. Today, the flame is supplied by the combustion of a gas and oxygen.

Cameo (camée):                      Stone composed of different layers of colours and sculpted in relief to expose the various colours. The oldest cameos date from Ancient Greece and Rome. There are also cameos made from seashells, which are more fragile and cheaper.

Countermark (contremarque):     A form of hallmark impressed behind the principal hallmark and obtained by the use of an engraved anvil upon which the object being hallmarked is struck.

Culet (colette, culasse):           The flat face on the bottom of a cut gemstone. No longer cut today, it signifies a stone which was cut and polished at least 90 years ago.

Cutting (taille):                       The processes involved in bringing a rough gemstone to that of a gem ready to be set. These operations are sawing – or cleavage, bruting which gives the general shape of the future cut stone, faceting and final polishing. The purpose of diamond cutting is to give the diamond as much sparkle as possible. The so-called “brilliant” or round cut is the most popular.

Dispersion:                             A prism effect whereby a colourless material breaks down white light into a spectrum of colours. In diamonds, which have an intense dispersive power, dispersion is manifested by spectacular colours.

Electrotyping (galvanoplastie):     Electrolytic technique for reproducing objects using a mould connected to the negative pole of a battery and upon which a layer of metal is electrolytically deposited.

Filigree (filigrane):                  Art technique dating from Antiquity. It consists in working gold or silver threads in a very fine and precise way to make designs which are then soldered together to strengthen them.

Findings (apprêts):                 Small elements which enter into the composition of a jewel such as chain clasps, earring clips, ring mounts and brooch pins. Findings are generally produced by specialised manufacturers who supply them to jewellers at prices and quality they cannot achieve themselves.

Foil (paillon):                          Thin sheet of metal placed under a set stone. Usually in silver, it gives the stone more lustre or, if the paillon is coloured, a shimmering colour that varies with the angle of view. Paillons made of gold leaf are also placed under the transparent enamel of the Bresse enamels to give shimmering reflections.

Guarantee mark (poinçon de garantie): Hallmark inscribed by the assay office to prove that the requisite duties have been collected.

Guillochage:                            Decorative technique by which a very precise, complex and repetitive pattern is mechanically etched into an underlying material by the use of a machine. Often observed on banknotes.

Hallmark (poinçon de titre):   A mark guaranteeing the fineness of the metal of the object. Since 1838, a single hallmark acts both as a guarantee hallmark and a title hallmark; it is even sometimes affixed by goldsmiths themselves.

Hardness (dureté):                  The ability of a gem to resist scratches and wear. The Mohs Scale ranks from the least hard to the hardest, with the 10 of the diamond being the hardest.

Head (Chaton):                       Upper part of the ring where the stone (s) are embedded. Depending on the model, the head is more or less tall. To emphasise the brilliance of a diamond, the bezels or prongs on yellow gold rings are often made in white gold or platinum.

Intaglio (intaille):                    Term used for a flat stone engraved with an incuse design. In Antique times a common process in various places of the world such as Mesopotamia, Egypt, Greece, and Italy, on seals or amulets for example. This practice was resumed in the Renaissance and again at the beginning of the 19th century.

Maker’s mark (marque d’orfèvre):     Mark used to identify the goldsmith. In a rhombus or oval shape for precious metal objects; necessarily square for plated jewellery. The maker’s mark is stamped by the jeweller before the assay mark.

Plique-à-jour:                          Technique of enamelling similar to that of cloisonné, but without a metallic background in its final state, to allow light to filter through transparent or translucent enamel.

Recall hallmark (poinçon de recense):      Whenever fake or stolen hallmarks were discovered by the authorities, new hallmarks of different designs were prepared, and all jewellers ordered to present their stock to the assay office for examination. The jewellery was then struck with a special hallmark indicating it had been verified. After the period during which this service was free, any jewels found in a jeweller’s stock would be hallmarked with the new hallmarks and the full fees demanded by the assay office.

Remarking hallmark (poinçon de remarque):     Hallmark, with a rhino’s head for example, struck every ten centimetres on a chain to prove that the duties have indeed been correctly paid and that the chain has not been lengthened subsequent to its inspection and hallmarking by the assay office.

Rhinestones (strass):               Crystal made from a mixture of glass and lead oxide, with a brilliant shine. The sparkle is sometimes accentuated by setting the stones on silver leaf or by applying mirror-like tinning on the back facets. Invented by the Strasbourg jeweller Georges Frederick Strass in 1746, rhinestones quickly conquered the jewellery market with their brilliance and low price.

Rolling mill (laminoir):            A machine for rolling gold or silver by passing the metal between two cylinders. The action of rolling consists of reducing a metal into a long sheet, giving it a uniform thickness by a regular compression.

Rose-cut (taille rose):              Old diamond cut with faceted top surface and a flat base. There is virtually no refraction and return of light from the inside: the shine comes only from the fact that the facets are very reflective due to the extreme hardness of the diamond.

Slide (coulant):                        Small jewel often in the shape of a hollow heart, with three holes or two straps behind, through which was passed a chain or the suspension ribbon of a cross. It allowed the height of the suspension of the cross to be adjusted without having to retie the ribbon, and also to lower the cross into a point in the bust of the wearer.

Testing needles (touchau):      Tool used to compare the test results for fineness of gold or silver. The tip of each branch of this metal star or set of small rods is made of a different grade of gold and is used to compare the reactions of precious metals with acids and thus determine their purity when tested on a touchstone.

Touchstone (pierre de touche):     Flat black abrasive stone used to test the purity of precious metals by making a mark on the stone and then applying a drop of acid to observe the reaction or lack of it.

You and Me (Toi-et-Moi): Term which designates a ring mounted with two stones. 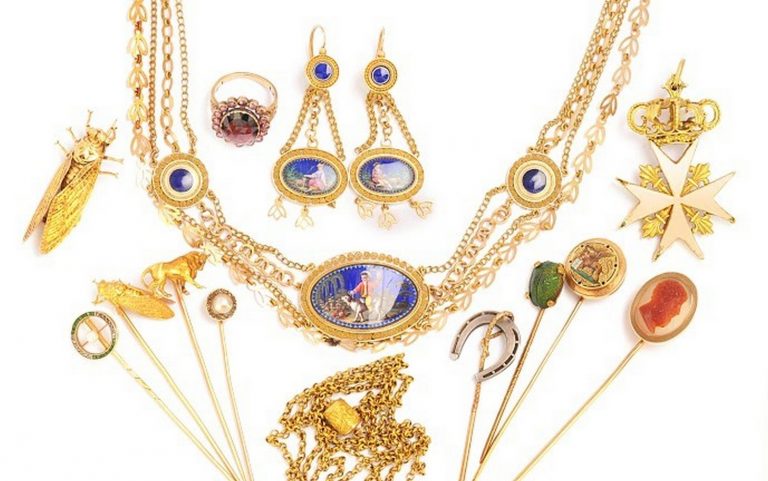 Our team of experts: 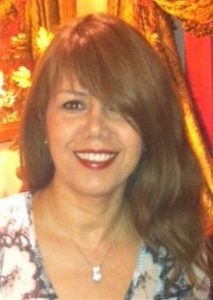 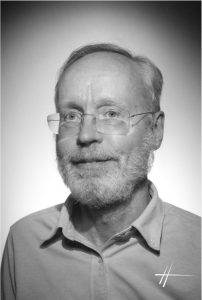 Mike, jeweller since 1981,
antique jewellery expert
and hallmarks, author
from the reference book
The Jewels of the French . 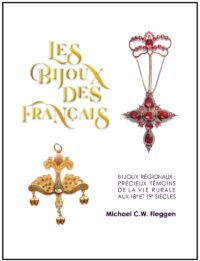 Book The Jewels of the French

Where to find us : 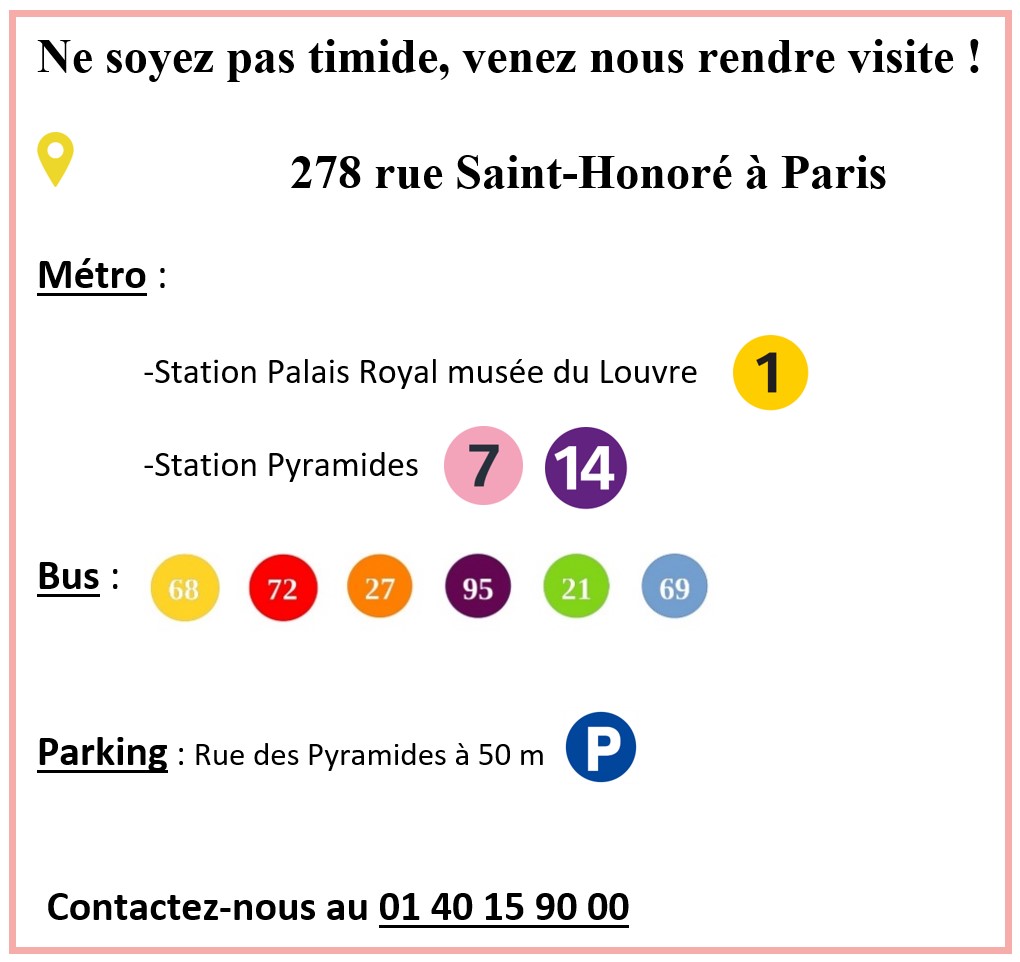 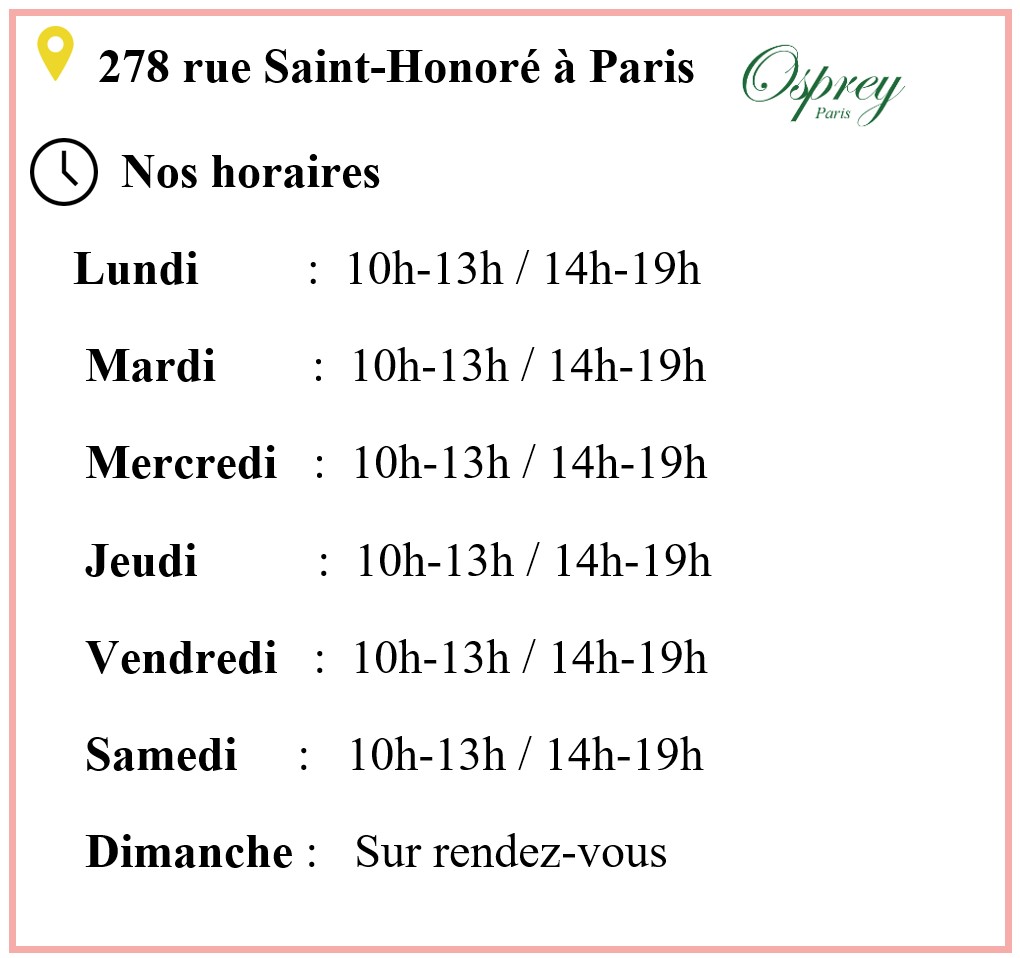 Since 1993 , Osprey has bought and sold tens of millions of euros of ancient and modern jewellery, coins, banknotes and antiques in France and abroad. More than 300,000 customers have trusted us for our integrity and professionalism.